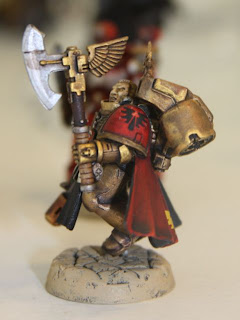 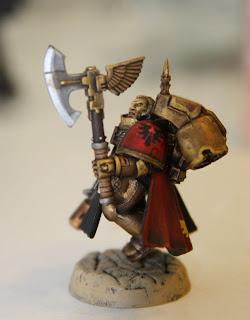 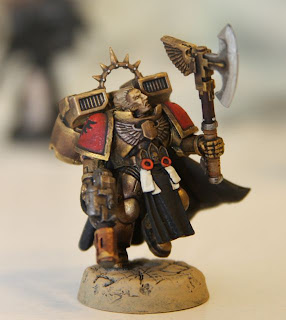 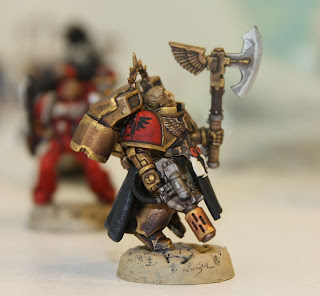 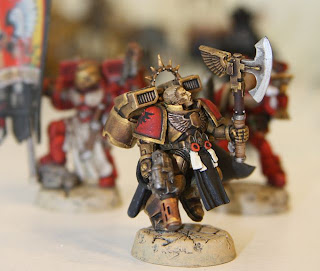 When I started painting Blood Angels it was because I wanted to play them at the store. It seemed like a far easier codex for me to deal with. The BA favor assault, which was new to me at the time. With my Iron Scythes I played a more defensive less organized game. With BA I know I need to get into close combat as quickly as possible.
I have an unpainted metal Dante, but I really wanted my version to be a little bigger. I painted this guy up for a game the next weekend, so he is not my best work. In game terms Dante has been a combat monster for me! I normally pair him with an assault squad, supported with another assault jump pack squad. Corbulo with VAS in a rhino and death company jumping along behind present my opponent with some choices. Dante's awesomeness makes up for my bad tactics! I don't normally win, but I have a lot of fun watching Dante bring slaughter foes like a true servant of the blood god.
Dante deserves and update. I am working on some clear red/orange/black/brown gel to see if I can create the look of semi-dried blood spatter on him. I'll post photos if it works out. My Dante is already down and dirty. Cover him with blood and gore and think he might intimidate my opponents even more.
Posted by John Stiening at 10:52 AM