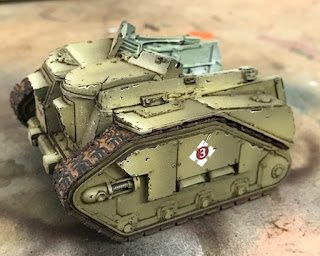 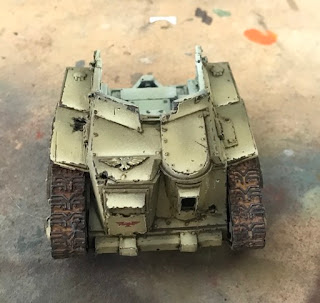 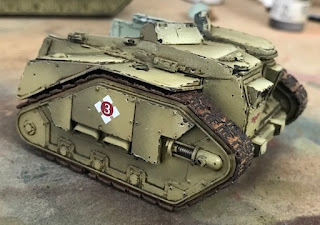 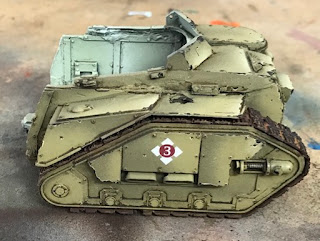 The Centaur model from Forgeworld is a lovely model. This incarnation of it is not. What is worse is that I think this model has 1000 coats of paint on it. Despite that, I had fun painting it up. Did I succeed in turning this model into something presentable? I'm not sure about that, but I think it could be embedded in a piece of terrain quite nicely now as a wreck and nobody would care. I'll do some more pigment and oil effects, and just maybe throw on some mud. It all depends how messy I want my workspace to become.

By the way, this is the first of my two salvage efforts. The other model is my original griffen which accompanied the first imperial guard box set I painted. I tried a harder on that model since it has impeccable lineage.
Posted by John Stiening at 8:14 AM