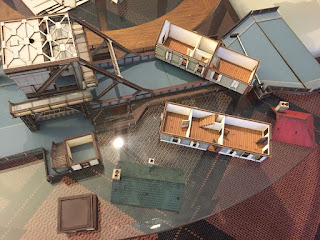 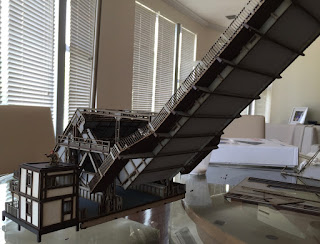 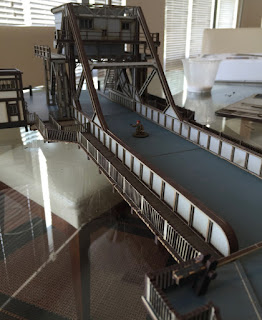 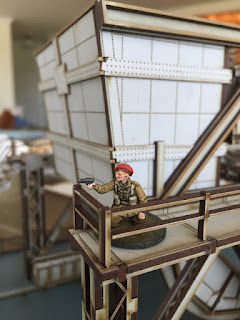 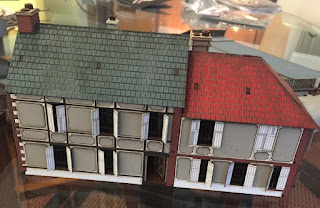 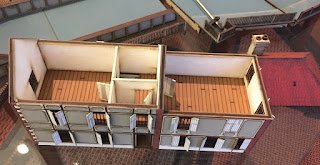 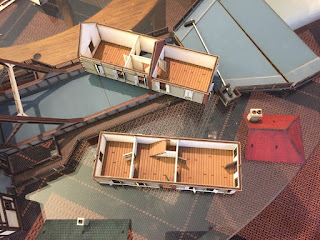 It was only natural to want to do a Pegasus bridge board after painting my 20mm AB British paratroopers, so feeling a little experimental I decided to pick up my first two 4Ground MDF kits. What you see above are the kits as delivered with some additional paint and weathering on the cafe model. The bridge was a pretty rough build, since I did not realized there were replacement parts for the individual sections in the box, but the problems weren't so bad as to keep me from an ok model. I did have to do some creative construction of the superstructure, but I doubt the gaming group will care about the little incorrect details.

I've decided that I have to re-paint the bridge entirely in order to remove the weird cell shaded effect, but I think I can use the inherent shading to provide a sort of pre-shading. The cafe is a whole other story. I plan to weather it, but I can't decide to repaint it or not. The little touches I did like painting some random 'errors' on the model to make it look a little more natural helped, as did making the recesses in the roof dark colors rather than white, but I might just build the table first and see how the cafe integrates into it.

My next post will likely show an upgraded bridge, though I am eager to paint a crashed Horsa glider..

Posted by John Stiening at 4:41 PM