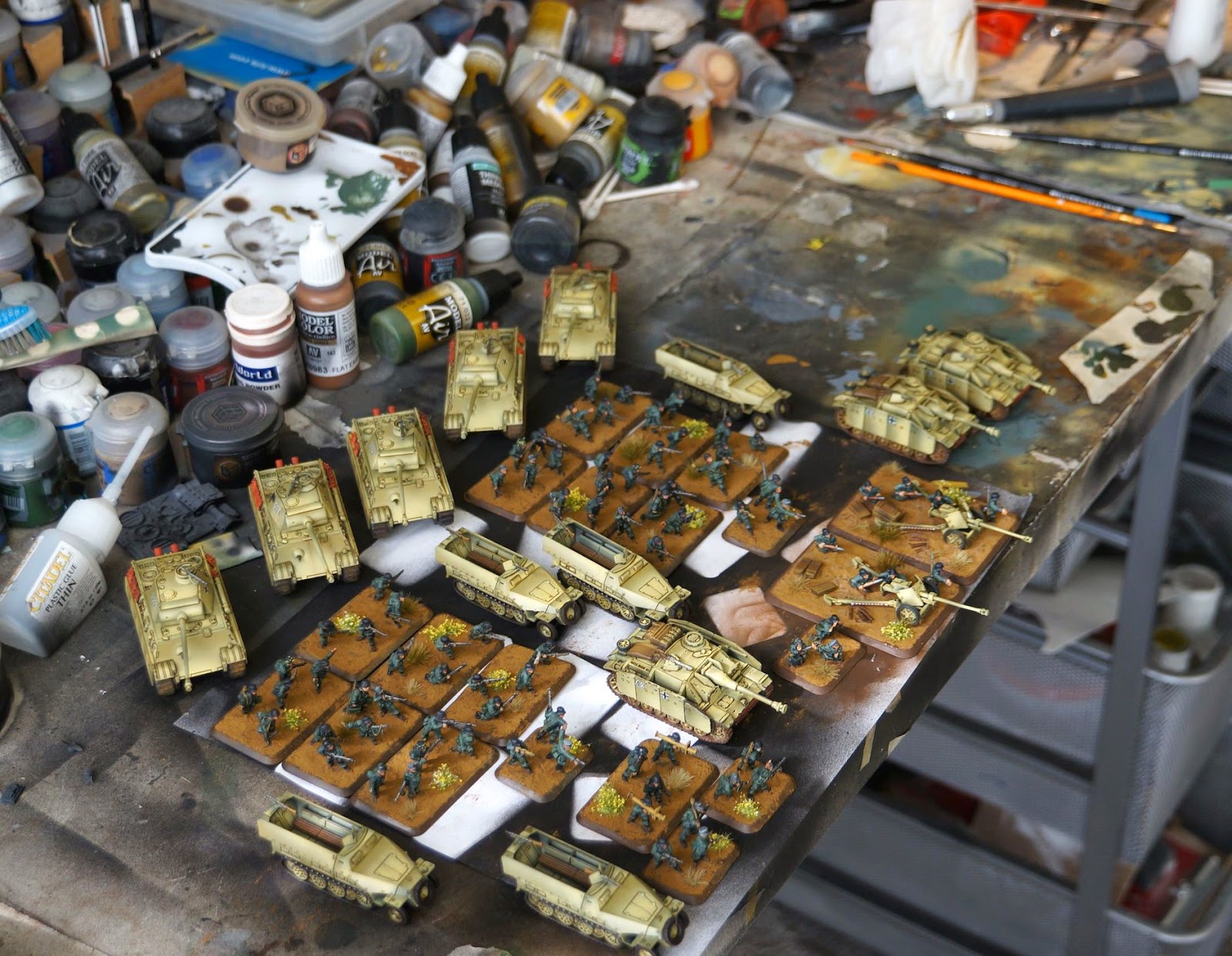 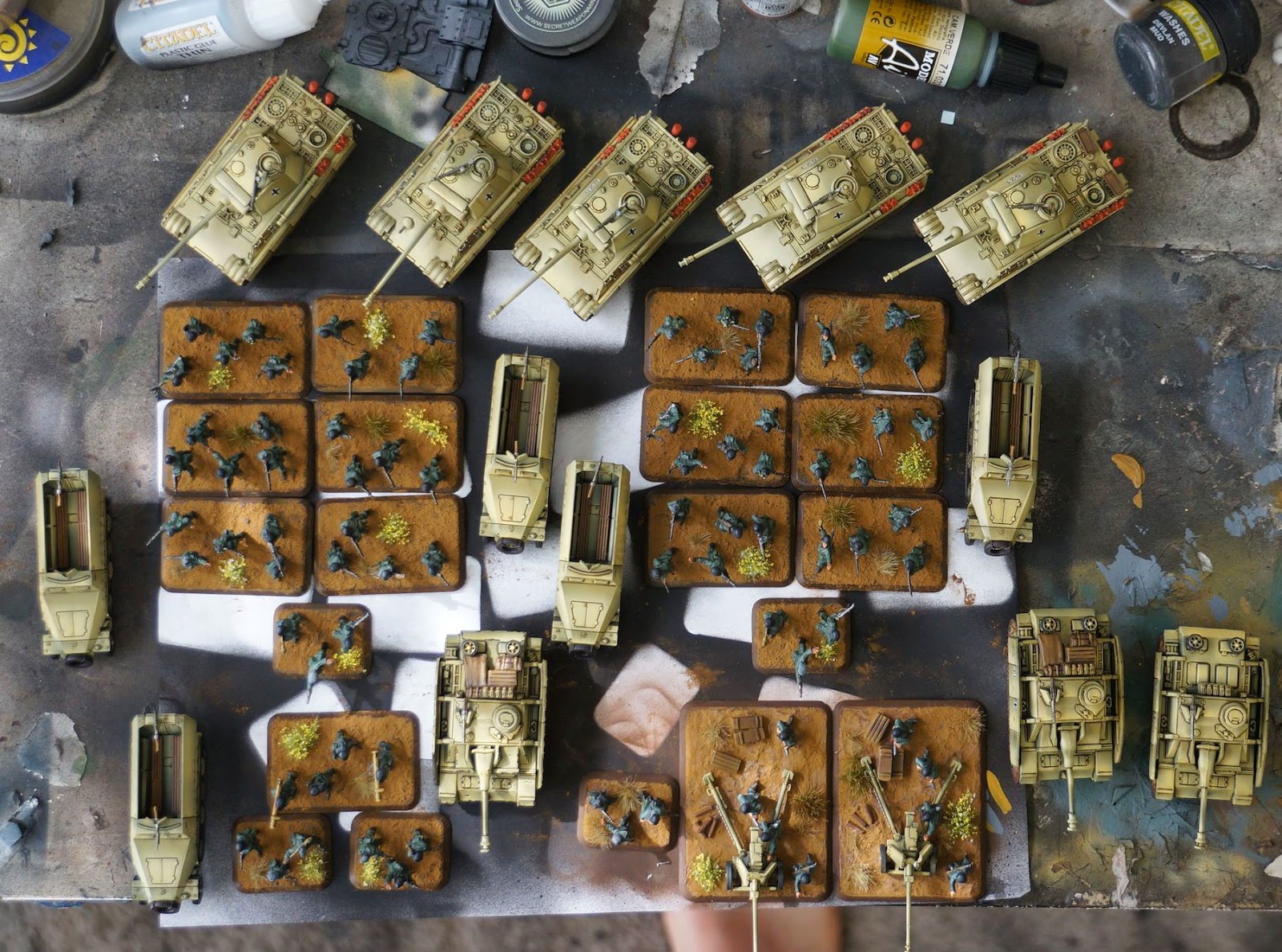 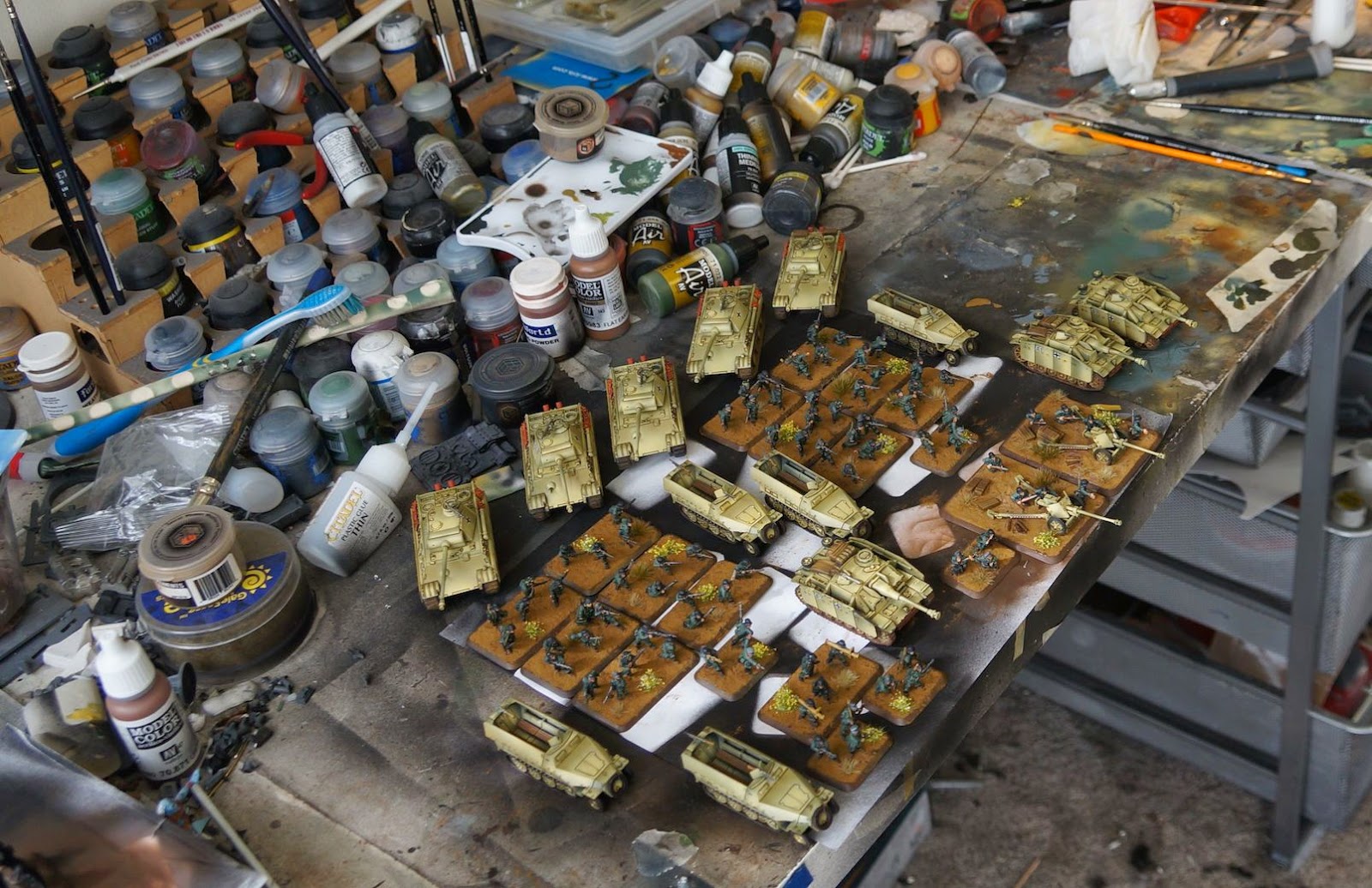 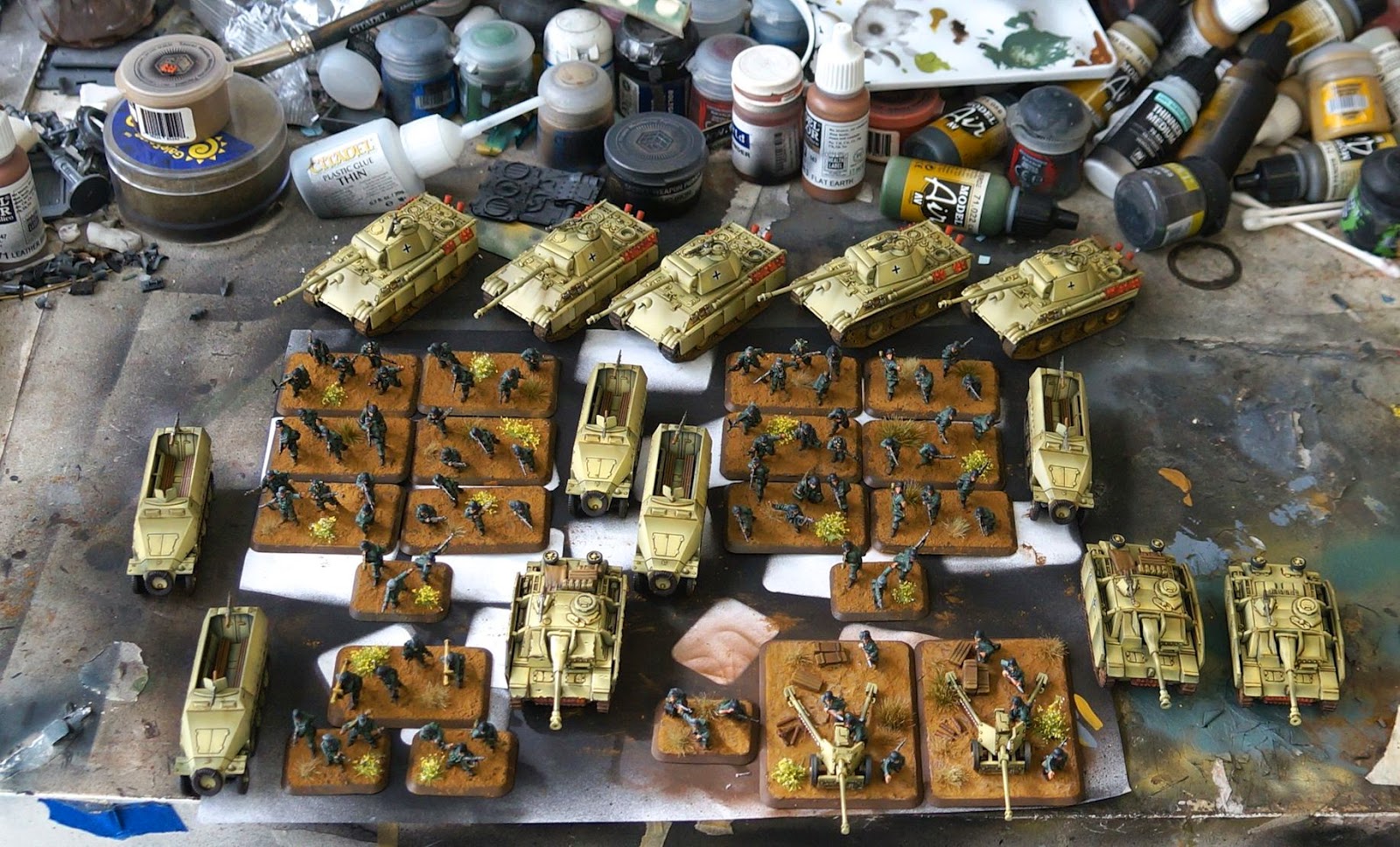 Last week I set myself the goal of having one FoW army ready to play this Sunday. I think I accomplished it.  I was hoping to have both the Germans, and the British complete, but my lack of WW2 knowledge lead me to paint the British Sherman tanks as if they were US Olive drab tanks, and I am now left with the decision to try and brown them up or strip them and start over. Did the Brits ever provide Firefly tanks to the US?

I sped through the painting of the rest of the infantry. Quality took a dive here, as my goal was to get them based last night so the weathering powders would have the chance to dry. There are a couple of hands I forgot to paint, and probably another wash on the faces is needed. I thinks these guys will do the trick though. Hopefully I've kept them within whatever the tabletop standard is. The tanks are still pre-weathering, but I they look good enough for a practice game. So, with half of my goal complete, I should be able to play a small game tomorrow. I just need to figure out what magical intel briefing to use with this set of models.

So what do I like about flames of war? The rules are straightforward and look like they will be fast and fun to play. Overall, it feels like a bunch of amateurs created a great ruleset, and then had to figure out how to build a company around it. That home grown feel is appealing. I just wish they had compressed the rule book into half as many words. The rule book is amongst the dullest I have read.

Time to pack up the models and start cleaning my work space. I imagine it will take hours to get my desk in order. (note to self, don't get lazy and prime models directly on the desk!)

Posted by John Stiening at 7:16 AM