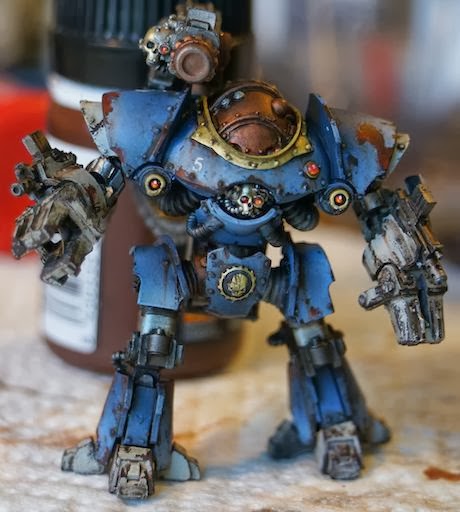 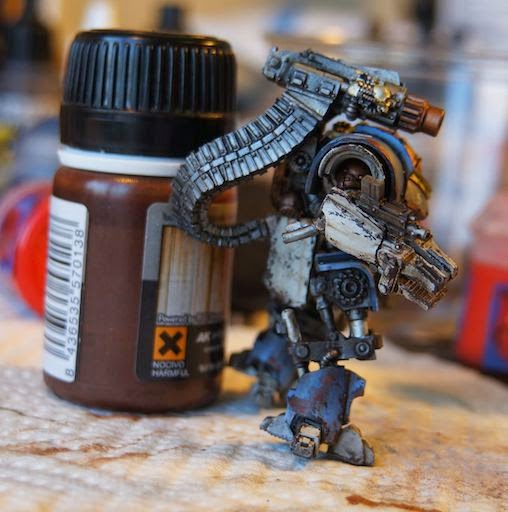 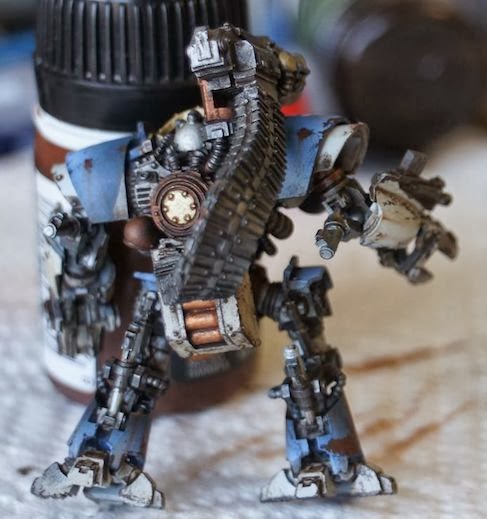 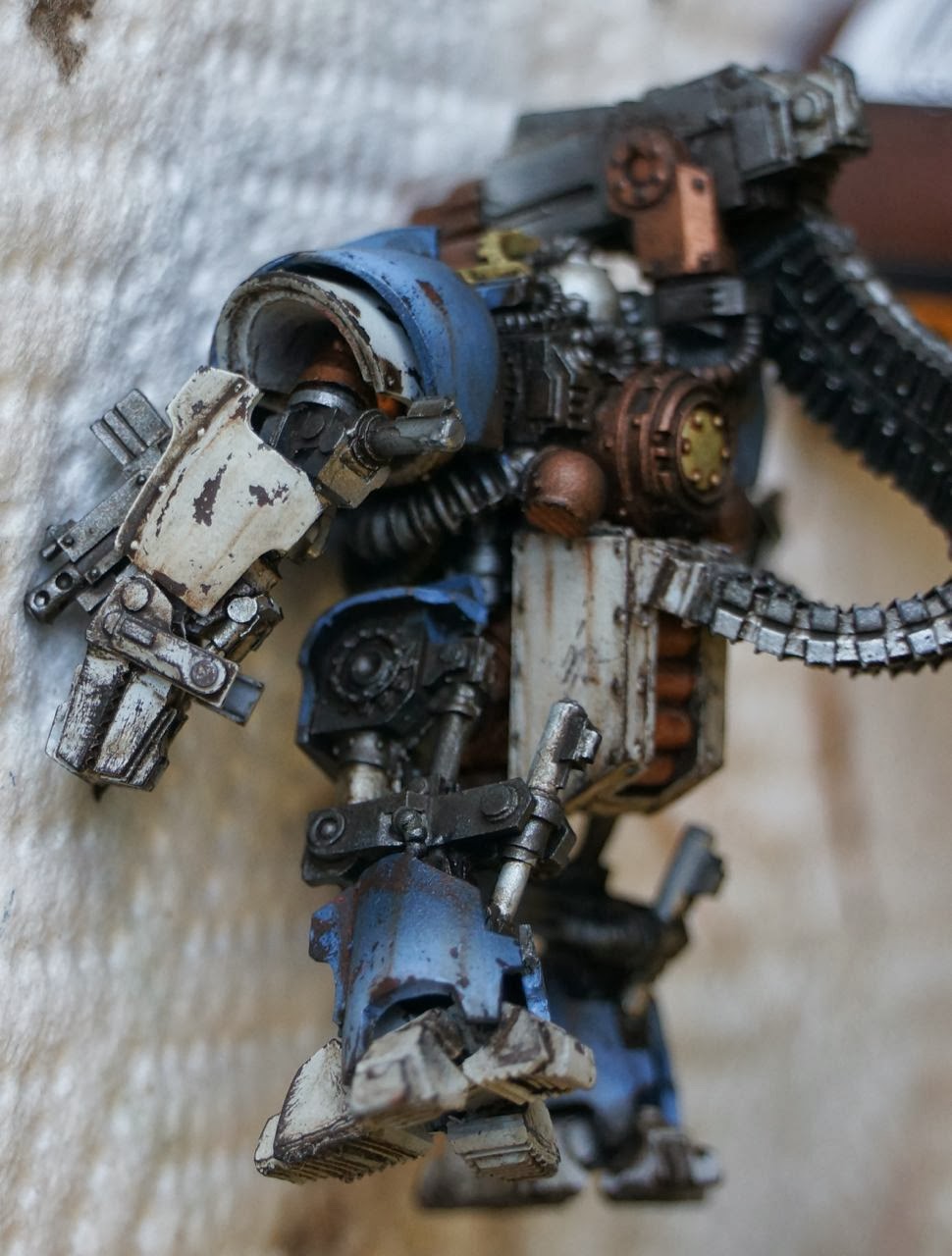 This Castellex is a gift for friend who intends to use it as part of a Malifaux crew. The brute will be the only robot amongst a bunch of gun slinging cow girls, so to compliment all of the browns in his force I stuck with a blue paint scheme. The weathering is heavy, but I think it will come together once the dust and dirt are added. I imagined the old robot taking a beating in the malifaux setting, so it had to look like a rust bucket. I used the hair spray technique to chip the model. As much as I like the idea of this model, I hated putting it together. I don't know if I am super glue cursed, but this guy fell apart a dozen times. It is quite the fragile model.

next steps.....purit seal, then more work on the metallics. The legs will get dusted with graveyard earth paint (or whatever the new one is called) and he'll be added to a scenic base.
Posted by John Stiening at 2:43 PM